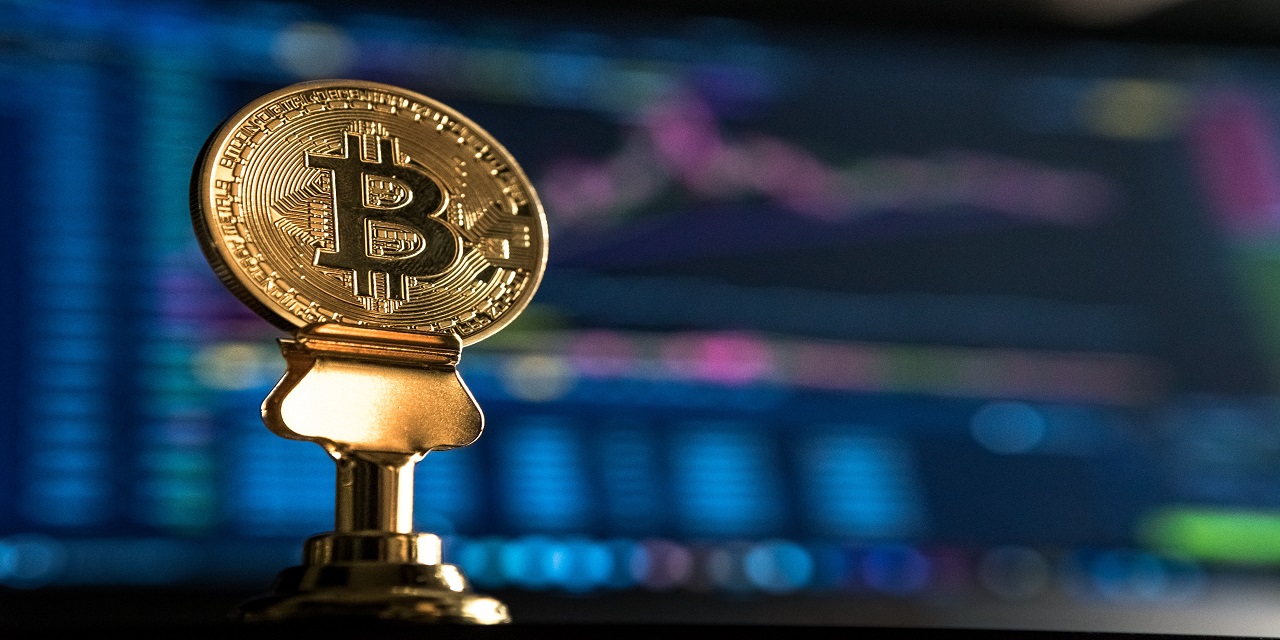 Blockchain is often quoted as a transformational technology with the potential to impact many technological areas. So what is a blockchain? Blockchain is an open and distributed ledger that can efficiently record transactions between parties. Each transaction is verifiable by consensus and there is a permanent record of the entered information. It can be understood as a data structure that is shared among a distributed network of computers. Blockchain technologies can be broadly categorized into digital currency and non-digital currency based technologies.

The most widely adopted digital currency is Bitcoin. Some of the other digital currencies include Litecoin, Dash, Zcash, Peer coin, Monero, etc. The term “meta coin” is used for second-layer systems that use irreversible open ledgers such as Bitcoin as a fuel for transactions conducted using the second-layer. Examples of applications with second layer systems include Colored Coins, Mastercoin and Namecoin. Some other applications allow for exchange of heterogenous on/off chain assets such as currencies, metal, stocks or bonds. Examples of these include Stellar, Ripple, and Hyperledger.

Several other applications for blockchain are being tested. These include shaping identity verification, forecasting, transactions, record management, registers and contracts. For instance, blockchain is being tested for streamlining supply chains, speeding up payments, and managing records in retail. The term “smart contracts” was coined by Nick Szabo1, a computer scientist and legal scholar. Szabo proposed that decentralized ledger technology could be leveraged for smart contracts. In simple terms, smart contracts allow the participants to enter into agreements and automatically carry transactions, without the need for a third party. For example, Ethereum’s blockchain protocol features a smart contracts framework.

The global blockchain market is estimated to grow to 16 billion USD by 2024 with a CAGR of 75% according to a recent report by Global Market Insights, Inc2. Businesses around the globe are also spending big on blockchain with one report estimating venture funding at 4.1 billion USD for the year 20183. The current market share is dominated by IT companies like IBM, Microsoft and Accenture4. The banking, finance and insurance sector is expected to contribute to the bulk of future growth followed by other sectors such as healthcare, government, media and entertainment, retail, transportation, real estate, etc.

Patent activity has been suggested as a proxy for innovation and can provide insights into R&D intensity, collaboration and market focus. For the current analysis, we tapped into a variety of databases available to us to conduct a comprehensive search of US patents relating to blockchain technologies. The patent search yielded 1,878 unique records filed in the USA since 1999.

The number of patent filings in the USA related to blockchain innovations have increased exponentially since 2014 indicating this is an area of strong growth (Fig. 1). Most of the filings originated in the USA (Fig. 2). However, there is an increasing trend of seeking blockchain patents following a first filing in Asian countries such as China (eg: Alibaba), Japan (eg: Hitachi, Fujitsu, Sony), Korea (eg: Coinplug, Samsung) and India (eg: Tata Consultancy Services, Wipro). 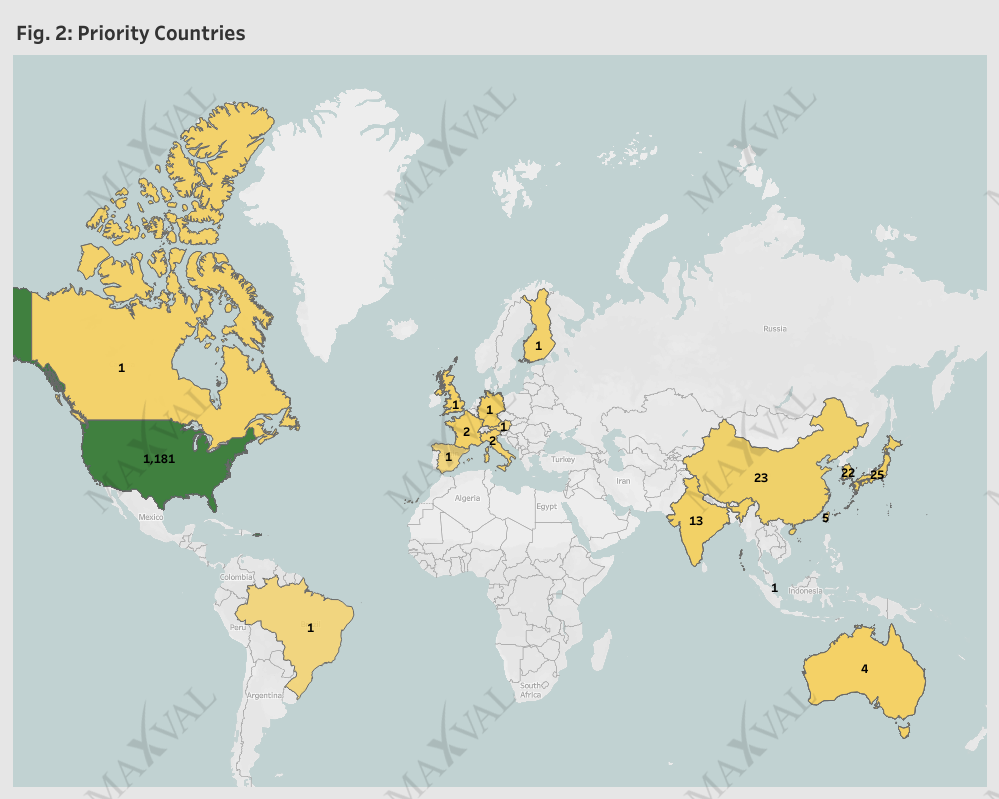 The patent filers are predominantly in IT, financial or fintech space. There is also an increasing interest from other sectors such as e-commerce. The top 20 filers are IBM, Mastercard, Microsoft, Bank of America, Intel, Accenture, Samsung, Walmart, Cisco, TD Bank, Coinplug, Cognitive Scale, Fidelity Investments, Alibaba, Sony, Fujitsu, JPMorgan Chase, Security First Corp, Dell, and Qualcomm. Some of the emerging players include Visa, Shocard, Civic, Factom, Monegraph, and Northern Trust Corp. Assignees with most granted US patents include IBM, Microsoft, Bank of America, Accenture, Cisco, Intel, Fujitsu, Security First Corp, Adaptec, Winklevoss, Mastercard, Amazon, Qualcomm, Marvell, and Samsung (Fig. 3). The applicants represent a good mix of large established companies and relatively new companies. Our analysis reveals that about 4% of applicants were listed as micro entities, about 34% were listed as small entities and about 61% were undiscounted entities (Fig. 4). 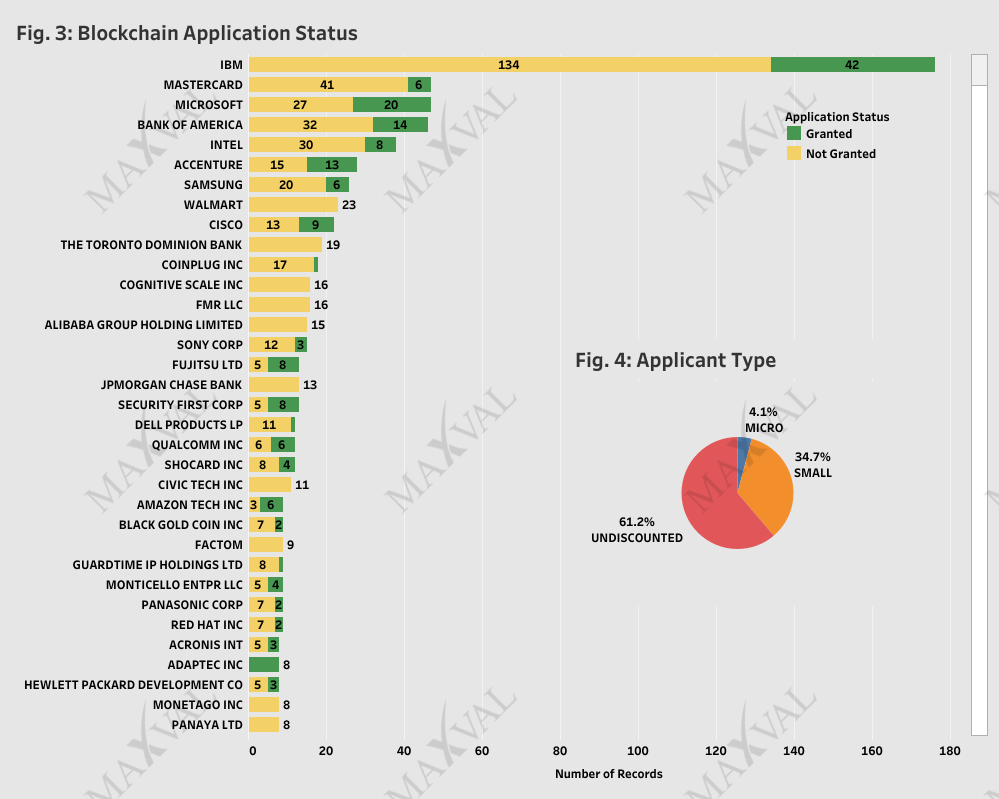 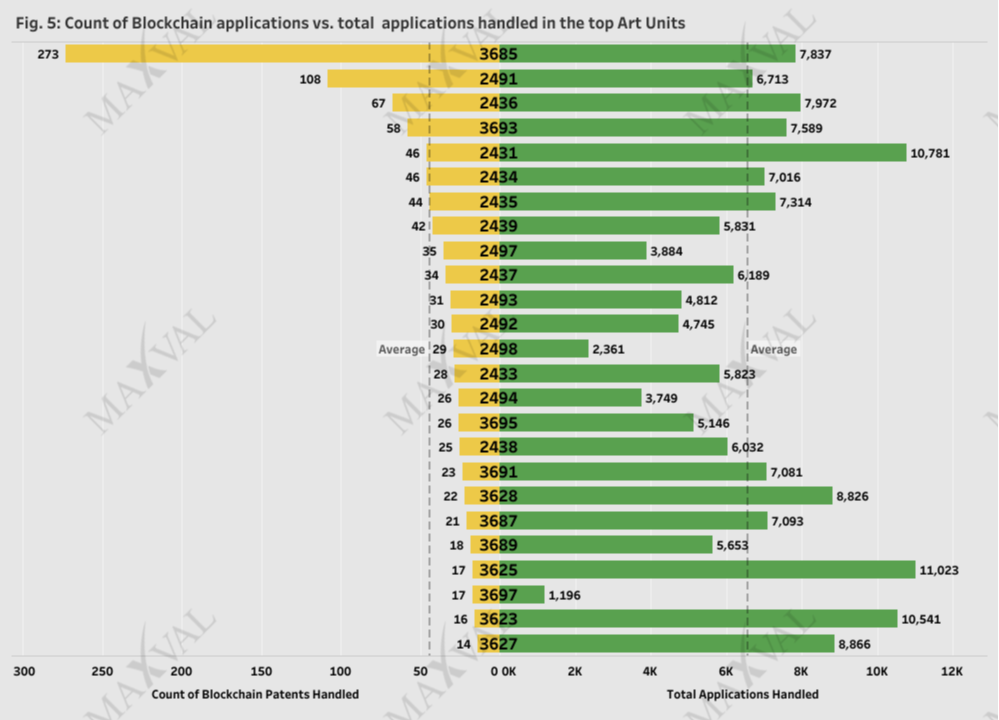 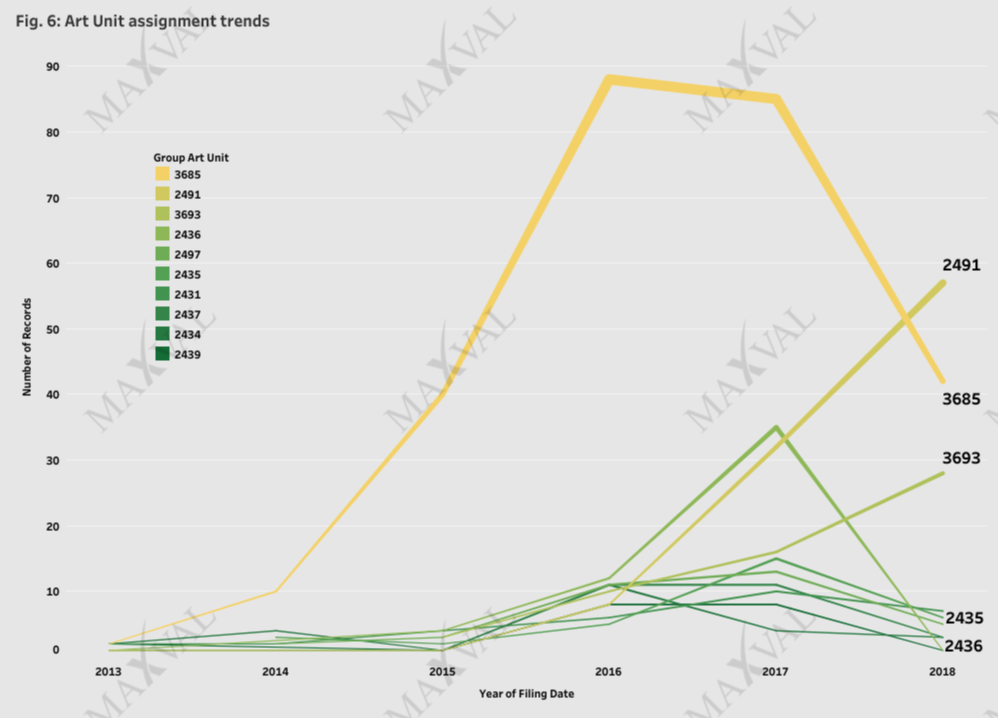 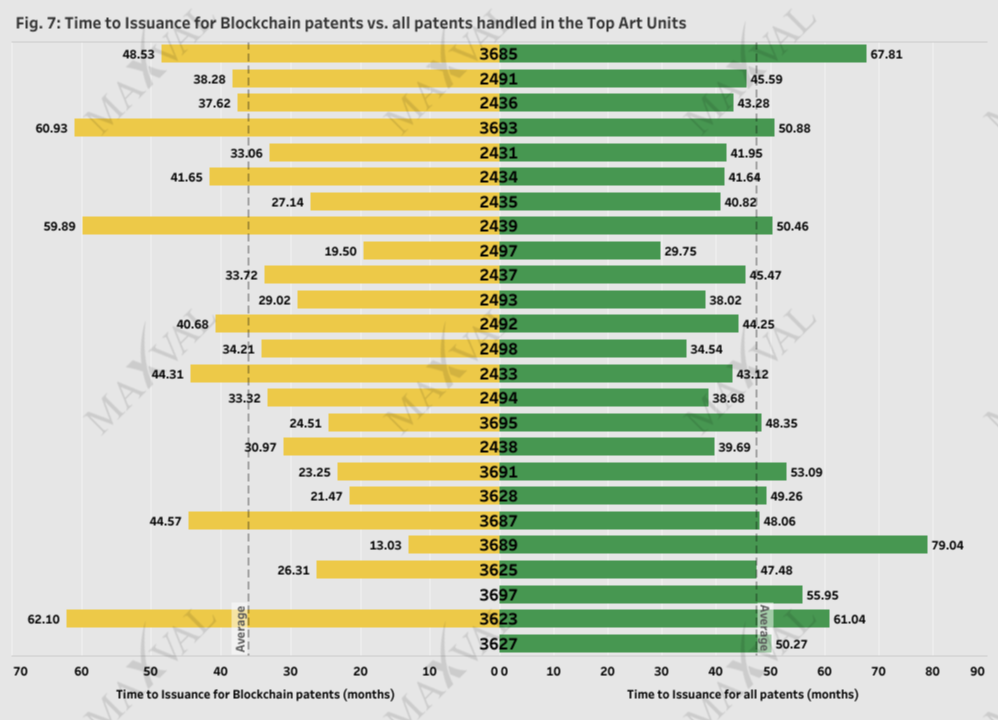 The aggressive patent filings in this sector, by a variety of players, is indicative of a fast growing landscape. Understanding the patent filing, prosecution and litigation trends is important for developing individual, collaborative and industry-wide patent strategies, staying ahead of competitors and reducing the risk of patent assertion. 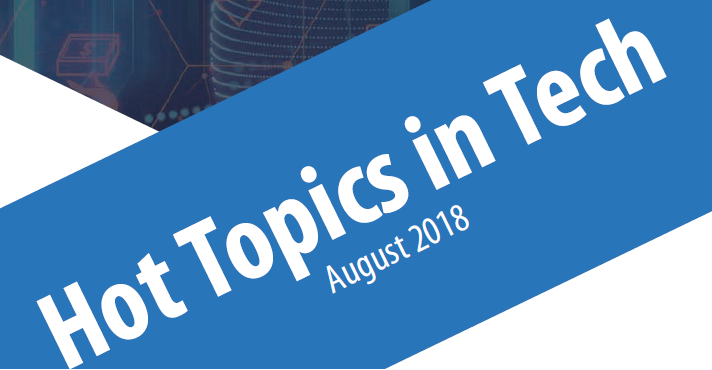