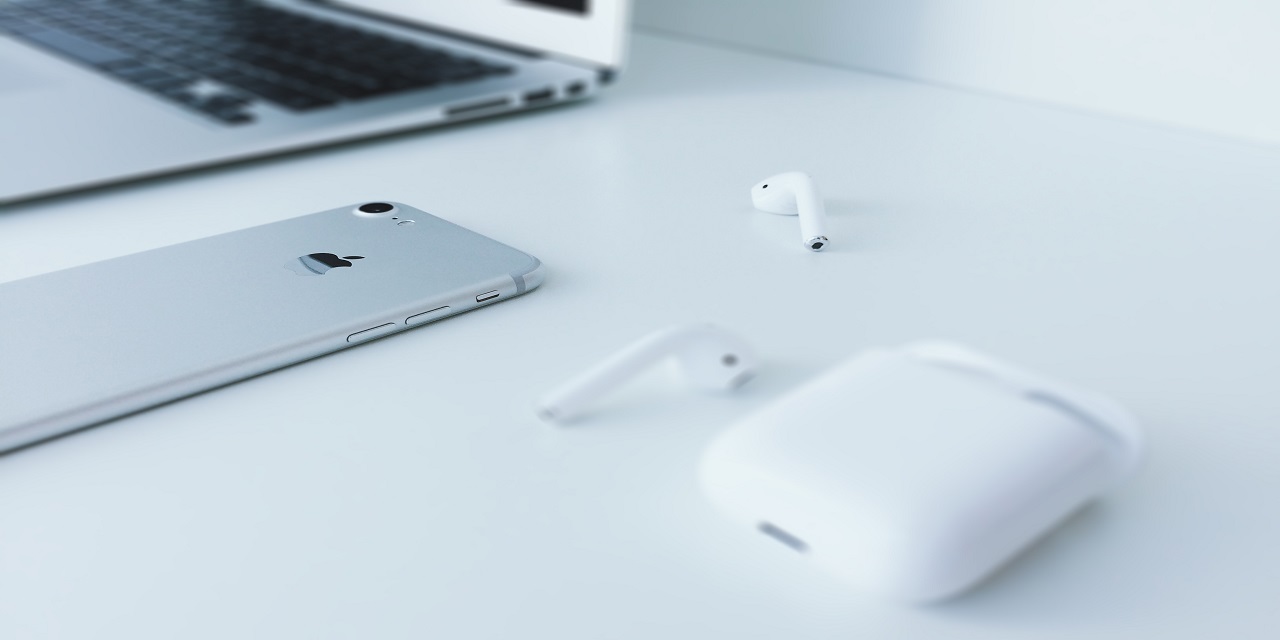 Apple bags patent for inductively chargeable earbud case. Read about this and other recently published patents.

In this post, we take you through some of the recent patents from IBM, Amazon, Intel, Samsung, Microsoft, Apple, Medtronic, Boston Scientific, Roche, and Novartis. 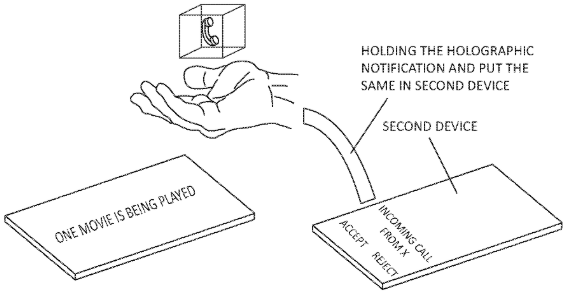 US patent 10,395,544 describes an electronic marker that may provide an approach notification to enable people to understand and interpret actions by a UAV such as an intention to land or deposit a package at a particular location. Figure illustrates an environment that includes UAV delivery system and landing marker. 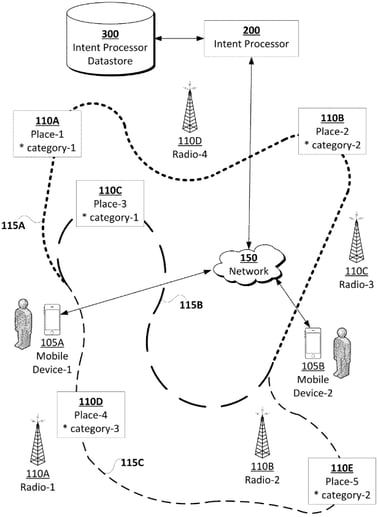 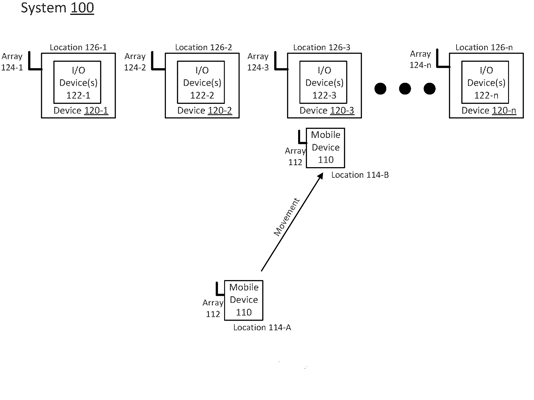 US patent 10,394,313 discloses a device with a GPU configured to adjust a VR source image based on the pose information of a head mounted display (HMD). The computer device displays the adjusted VR image on the HMD via the video port, and the VR images are divided into portions for pipelining among the GPUs. Figure below illustrates the HMD display for VR images. 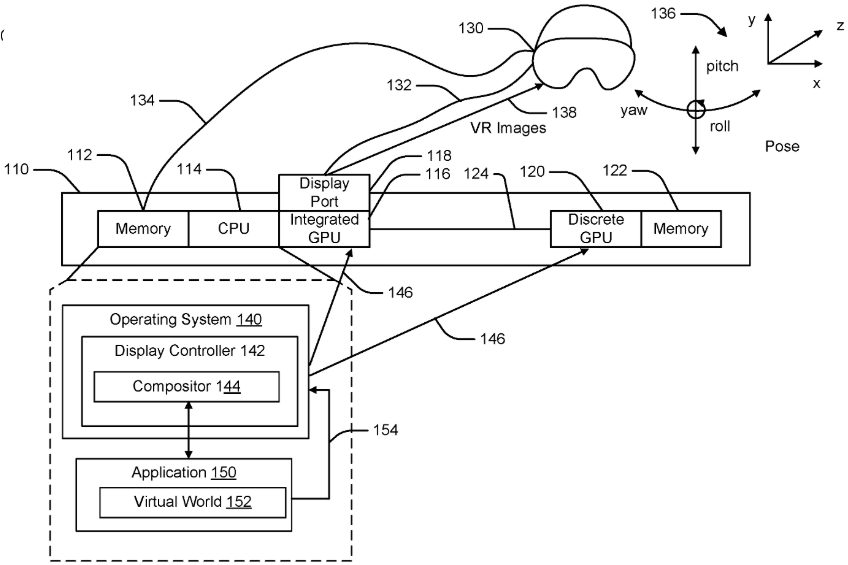 US patent 10,390,594 discloses a case for earbuds having a rechargeable battery and two wireless power receiving elements configured to receive electric charge from a wireless power transmitter during a charging event. Figure below illustrates a perspective view of the earbud case. 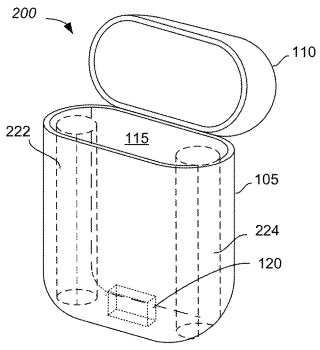 US patent 10,390,873 describes a prostate treatment system for treating benign prostatic hyperplasia wherein the system includes an energy delivery probe that can be introduced into a transition zone tissue of the prostate and can be used to inject condensable vapour media to the prostate tissue to shrink, damage, or denature it using a minimally invasive approach. Figure below shows the energy delivery probe system. 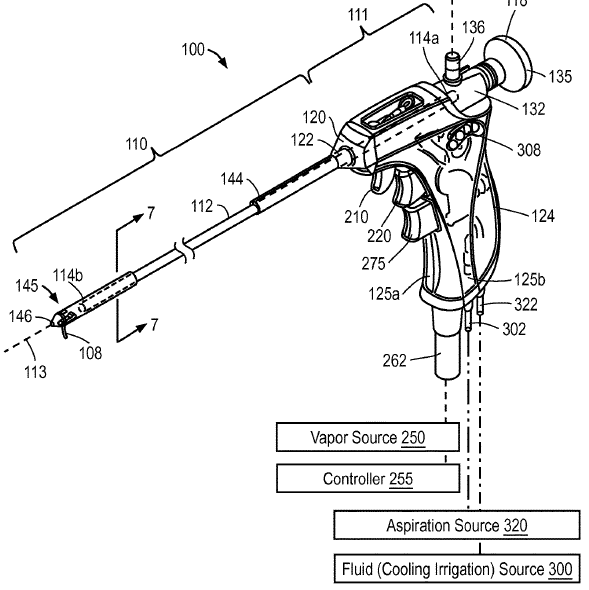 Another US patent 10,390,851 relates to a retrieval device having a contracted state and an expanded state with sheath and support members forming an end effector for removing organic and inorganic materials which may obstruct a patient’s body cavities or passages. Figure below shows the retrieval device in an extended and expanded state.

US patent 10,390,760 discloses a carrier system for a medical device worn on the body comprising a flexible carrier plaster which has a flat carrier layer and an adhesive coating consisting of a pressure sensitive adhesive which adheres on the skin of a body part. Image below depicts a carrier system including a plaster and a platform for a medical device for adhesive fixation to the skin. 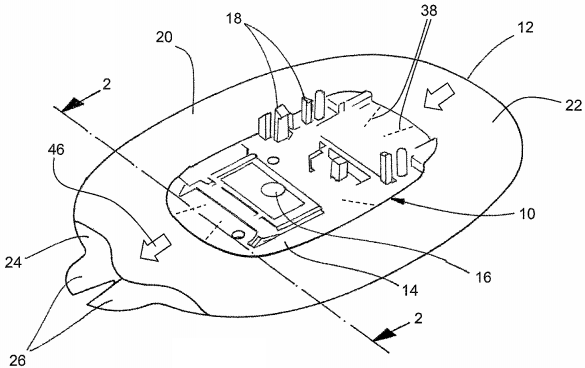 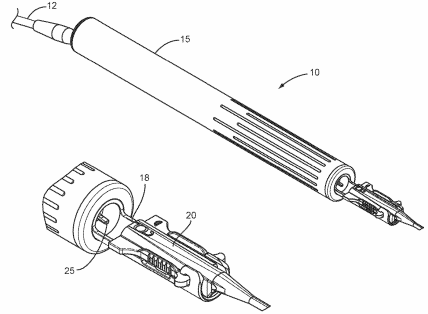